I mentioned in a previous post that Nordstrom has done away with their Half-Yearly sales and will now be doing 6 sales that align with holidays (President’s Day, Memorial Day, Father’s day, Labor Day, Veteran’s Day and After Christmas) in addition to their flagship Anniversary Sale in July.  I’m not sure what is happening to their designer clearance sale which has always been separate from their main Half-Yearly sales. 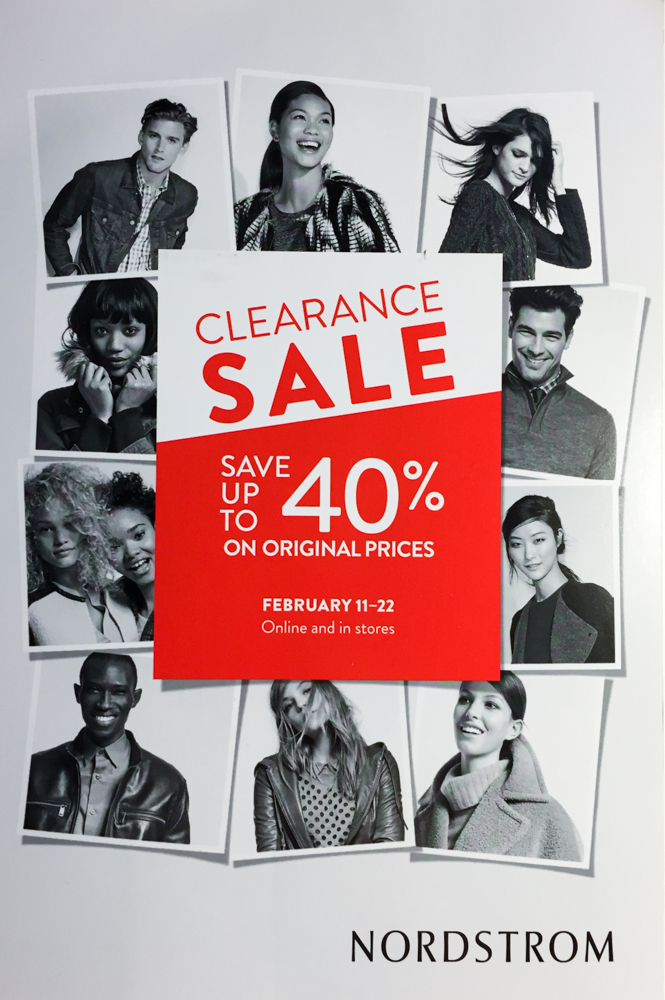 The first sale of the year starts February 11, 2015 and will end February 22, 2015.  I’m not sure what an “end” date is for, since Nordstrom doesn’t typically “temporarily” mark down merchandise for a sale the way Macy’s does.  Once an item is on sale at Nordstrom, it is permanently that price or further marked down until it leaves the store.

They’ve announced that the sale will be in men’s, women’s and children’s apparel departments and will have selected merchandise up to 40% off.