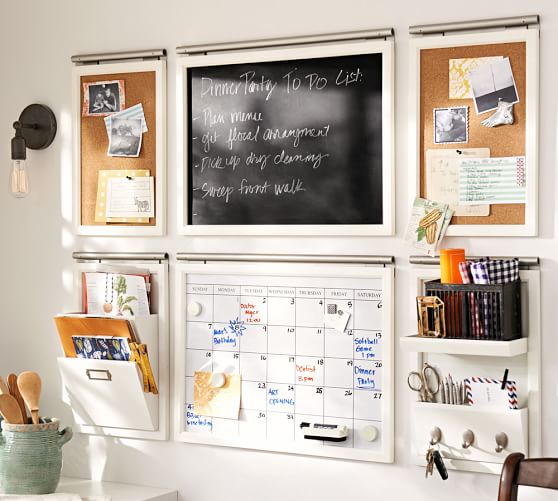 I have been drooling over the Pottery Barn Daily System as soon as I saw it at a friend’s home last October.  I asked them where they got it and they told me it was Pottery Barn, but warned me that it was not cheap.

Over the holidays I kept stalking the PB website to see if it would go on sale or not, but it never did.  However, I did see that a few times a year, they would send out 15-20% off coupons by email.  I waited and waited and eventually one came around and coincided with a free shipping coupon!  Score!  However, when I tried to add the coupons to the cart, it said only 1 coupon per transaction.  Bummer since the coupons were shown to me on the SAME HOME PAGE right next to each other.  Really poor customer experience in my opinion.  The shipping costs being so high eliminated my entire savings.  If anyone from PB is reading this, I think its ridiculous you are still charging a percentage of the cost of the item for shipping!

Eventually the stars aligned and they sent out a 15% off coupon which coincided with a free shipping promotion on the Daily System components.  Woohoo!  I ordered on Dec 29th.  Unfortunately, I had a lot of issues with the order.

1. One of the packages went missing.  I mentioned that I ordered on December 29th.  On January 1st, I had received shipping notices for all of the packages (the various components came in different packages).  However, on January 7th, I had noticed that one of the package tracking #s still had not had a status update.  The status was still “tracking label created” and the package did not seem like it had left Memphis.  I called PB customer service and they said they would look into it for me.  At the same time, I asked the PB customer service to try to cancel 1 of the components because I realized I had ordered 2 of the letter bins by mistake.  They said they would attempt to cancel it.

3. I called customer service again on January 13th and asked if my package had been found yet, but customer service had no idea.  I was pretty upset and I told them I wanted a replacement to get sent out.  Funny enough, when I got home that day a package was actually waiting for me.  I guess they had sent out the missing pieces after I called them the first time.

4. We got to work trying to install everything but realized that a few of the items had arrived damaged.  This wasn’t due to insufficient packaging — they were damaged before they were even put in the box.  The linen pinboard was completely warped–it did not lay flat on the wall.  Also, one of the mounting rods was really scuffed up.  Since the mounting rods are part of the display, I wanted a replacement.  So I called again on January 20th.  This agent was able to reorder the damaged items for me.  I also inquired about the canceled letter bin and she said she could see the cancellation but not the corresponding refund, so she did the refund for me.

Finally everything arrived last week, the week of January 26th!  A full month after my initial order!  Whew!  What a saga, huh?  While all of the customer service agents were pretty friendly, (the last one even apologized for all the drama), it really shouldn’t have required me to make 3 calls and spend 60 min on the phone with them to make everything right.

Next post I’ll go into a review of the actual daily system.  Funny enough, Pottery Barn is actually doing 20% off all daily systems right now with free shipping!